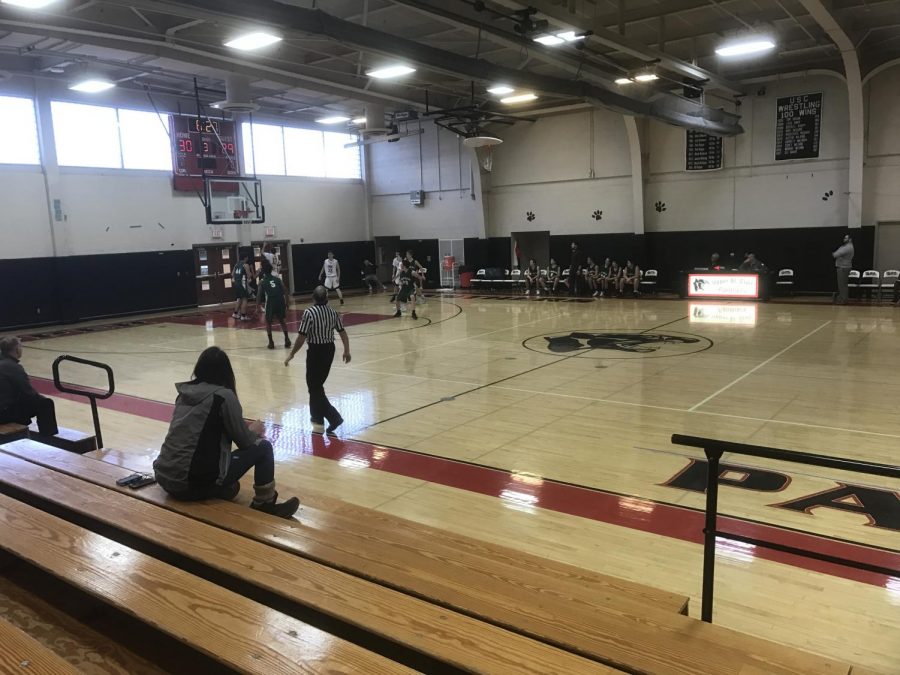 In their fourth game of the year, Upper St. Clair’s freshmen boys basketball team boasted a close victory against Pine-Richland’s freshmen basketball team with a score of 61-50. The team’s win was a combination of hard work good sportsmanship. All of the team’s fifteen players have played basketball for several years, and endure long and hard practices and games.

During the practices, they practice basketball and run drills. Everyone on the team strives to make their performances better and better as the season goes on. They encourage each other to do their best, and practice in a constructive way to understand how they can improve their playing. Practice makes perfect, and one of the members of the team, Jamie Smith, is confident in the team’s abilities: “I feel like we put a lot of time into the practices and we’re pretty ready for the games”. All of the basketball team’s hard work can be observed on the basketball court, as well as proven by their scores.

Another member of the team commented on their skill and potential, stating that, “We strive to do our best and play well as a team”. The freshmen basketball teams succeed in their goals too. While watching them, one can easily notice how well the team plays together and incorporates teamwork. Their cooperation can also be observed while watching the team huddle up together and cheer for one another.

Another freshman on the team illustrated the basketball team’s bond, mentioning that, “I [he] like playing on this team because everyone has a lot of energy and they work hard”. The boys on the team are definitely very excitable, seeing as right after the game was over and after everyone shook hands, the boys immediately began to talk and joke with one another.

The freshmen basketball team was successfully able to claim victory over Pine Richland because of their perfect blend of work, talent, and cooperation. The team has also played against several other high schools in the area, such as Bethel Park High School and North Hills High School as well as Chartiers Valley’s middle school and high school. They have upcoming games with Baldwin High School and another game with Chartiers Valley. Because of their training and abilities, the boys of this year’s freshmen basketball team are shaping up to be a force to reckon with as they progress into the Upper St. Clair’s junior varsity and varsity basketball teams.